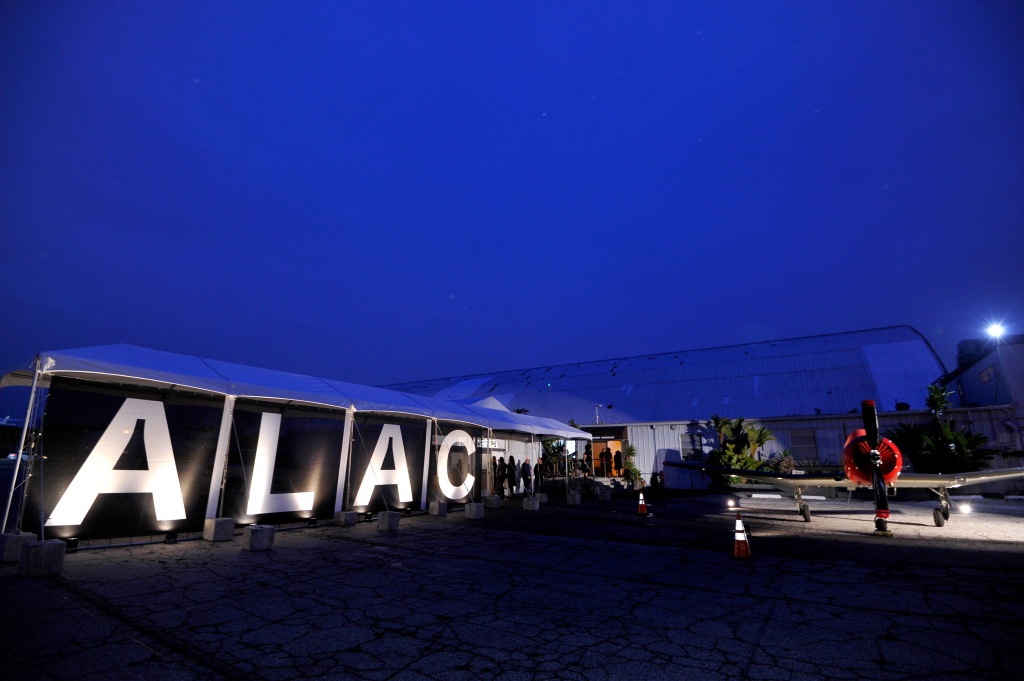 This 2019 ALAC had to face two great challenges, : their Tenth Anniversary and the launching of famous British art fair, FRIEZE… the kind of challenge that makes grow bigger… or disappear

Tim Flemming and his crew had no other choice than to move forward by doing things differently so the fair welcomed a new architectural design by Seattle-based firm Olson Kundig and a new visual identity by Willo Perron & Associates.

“After ten years, I recognize the impact we have made locally and internationally’ …. ‘Our 10th Anniversary is a chance for us to recommit to who we are: content-forward, international and LA.’ said Therefore ALAC’s Founder and Director, Tim Flemming

This season the fair took place under a hangar with a solid roof, not a tent rendering the whole setting quite grandiose with such high ceiling. The entrance emphasized the grandiose with a scaffolding arcade leading to a welcoming coffee/meeting area and the library area with art books. The space dedicated to the galleries had large aisles to walk in, and nice seating areas.

However, the main large aisle welcoming Emerging Galleries was such a disappointment that circulating through it gave a first bad overall impression of the fair when on the contrary the rest of the fair was excellent. 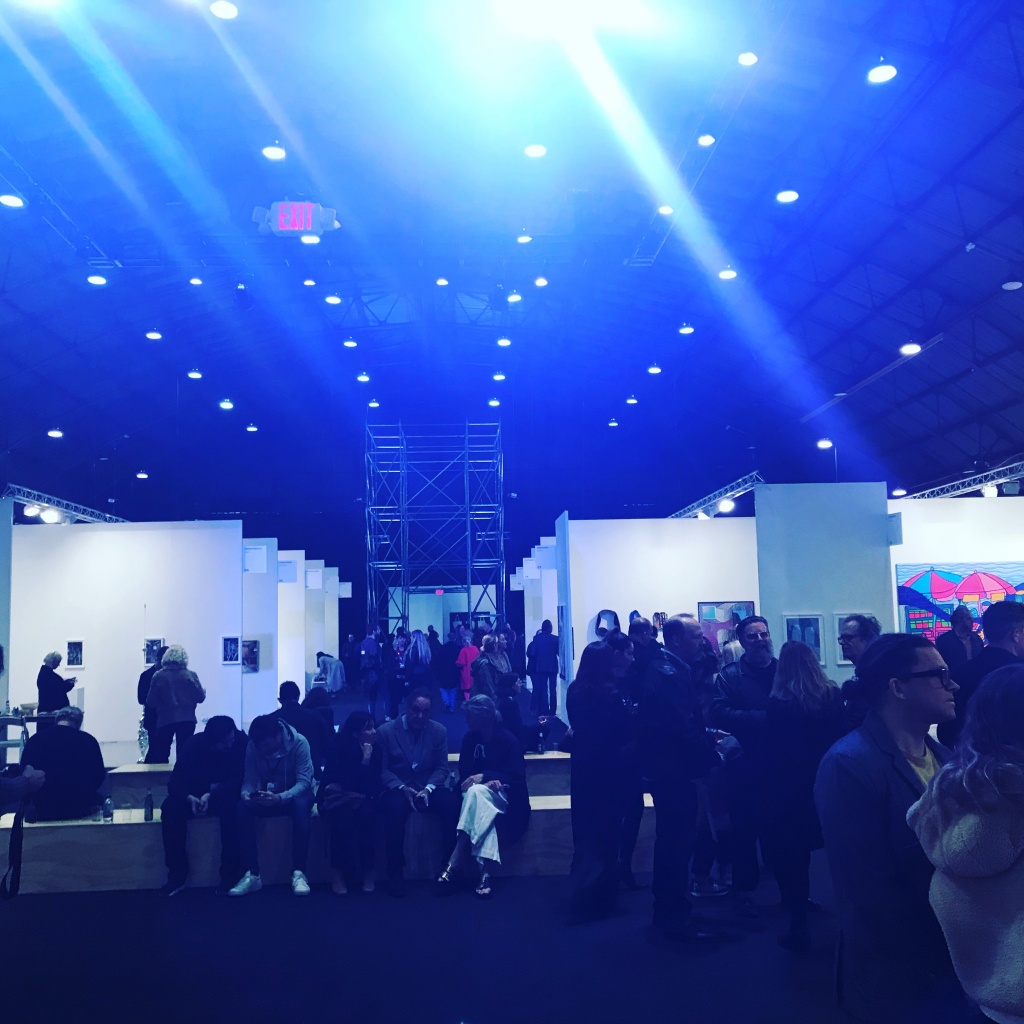 The fair welcomed established and emerging galleries offering two extremes, very good surprise and bad ones, nothing in between. 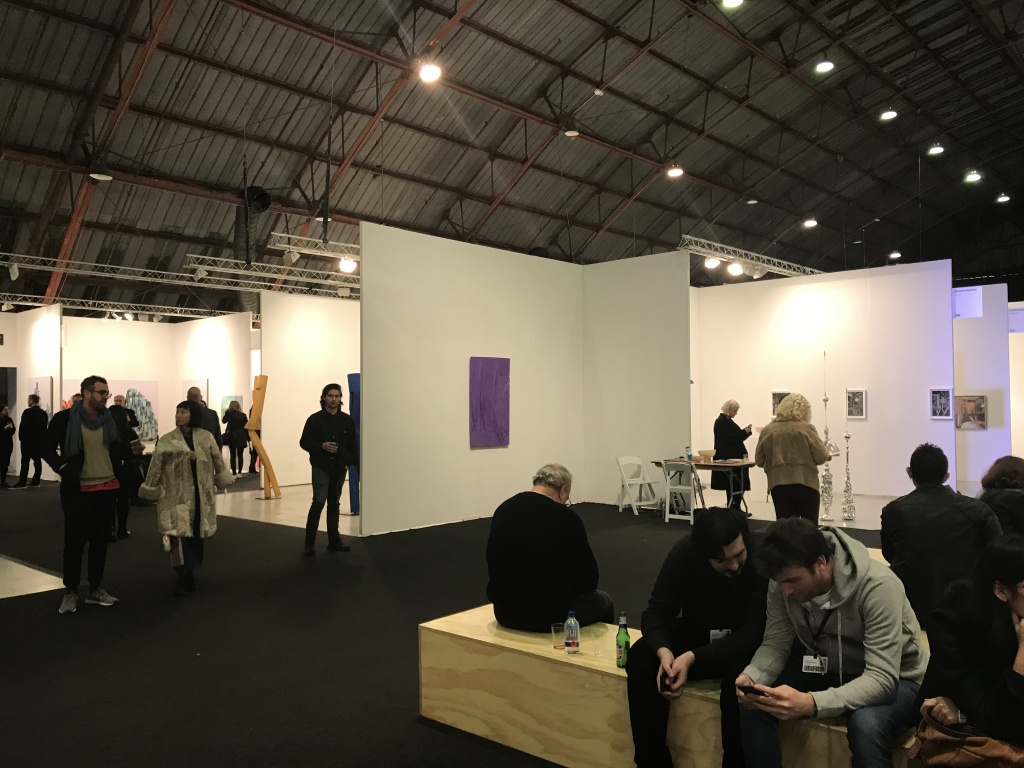 June Edmonds characterizes the spirit of making art in Los Angeles. An LA artist is by essence a researcher who takes time trying “things” to find the right technique in order to express his/her inner feeling with the right means.

The image below does not reflect the sensation the viewer can get in front of that painting. The colorful brush strokes made by hand one by one instill the notion of time. The thickness of the paint gives a sense of a living material like human flesh, the color, the shapes drawn, the shapes crossing each other, everything is lay down on purpose to provoke an interpretation

Willenbrig is a LA-Based artist who takes endless inspiration for his whole body of work from the epic Greek poems by Homer the Ulysses Odyssey. He translates both his feelings and the story under the form of a complex pictural composition made of superimposed layers of colors and shapes. His style of painting relates a lot with Modern Art like Klee for the musical side for example.

In his last series (see example below) Willenbring adds another layer that partially hides the modern part. To the complexity of the “what to show”  Willenbring adds a “how to show” which raises a pretty interesting conflict also for the viewer.


BEST USE OF TECHNIQUE:
Matthew Stone at The Hole, New York

OTHER IMAGES TAKEN AT ALAC 2019 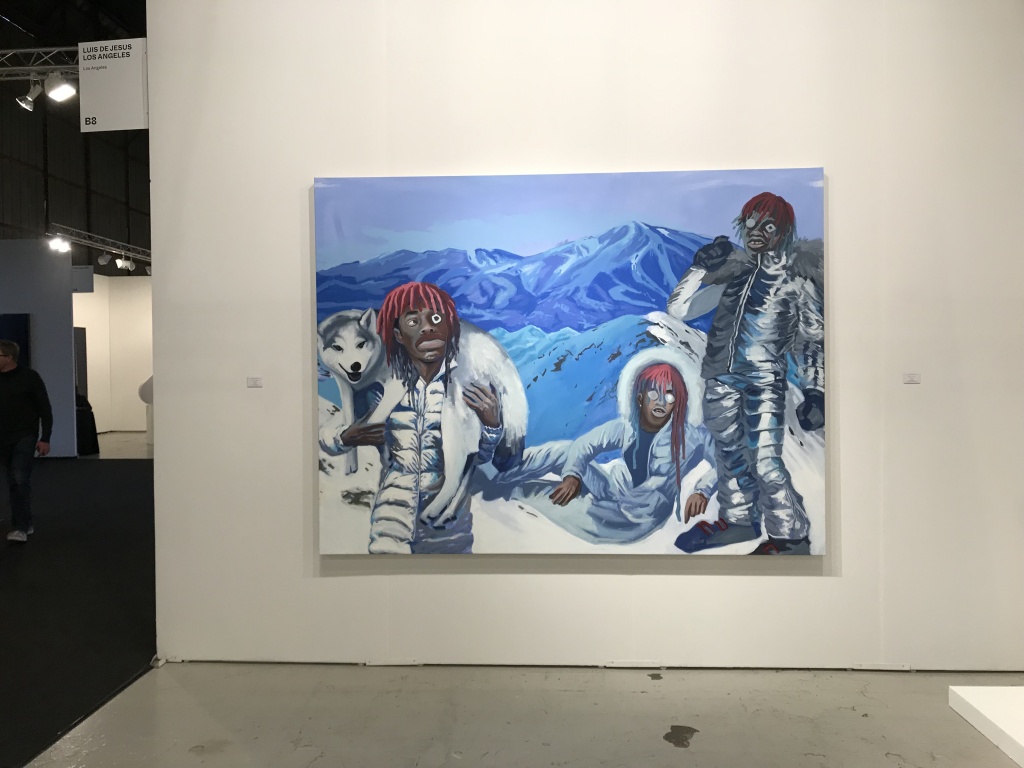 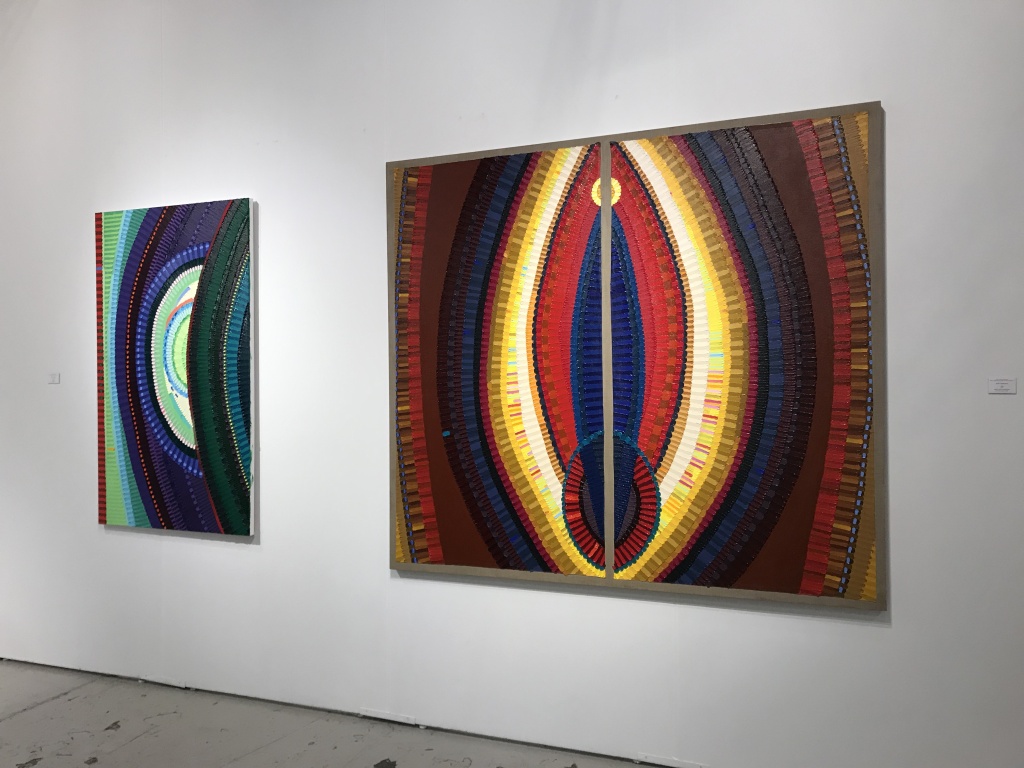 ALAC is a Fair that every Angelino loves very much. However if it was a good idea to change the time to show to coincide with FRIEZE in order to catch their visitors, the fair needs a curating improvement with sharpen eyes to offer the best of LA. Once selected, the galleries also need to raise the bar both in content and form. No doubt it will happen next year.