….you hope a retrospective shows your career was a thoughtful one..

…”Mastry” is an important concept. it implies you have achieve a certain level of proficiency to do what you want without fear of the consequences…says the Master Kerry James Marshall

I’m on a kind of mission. 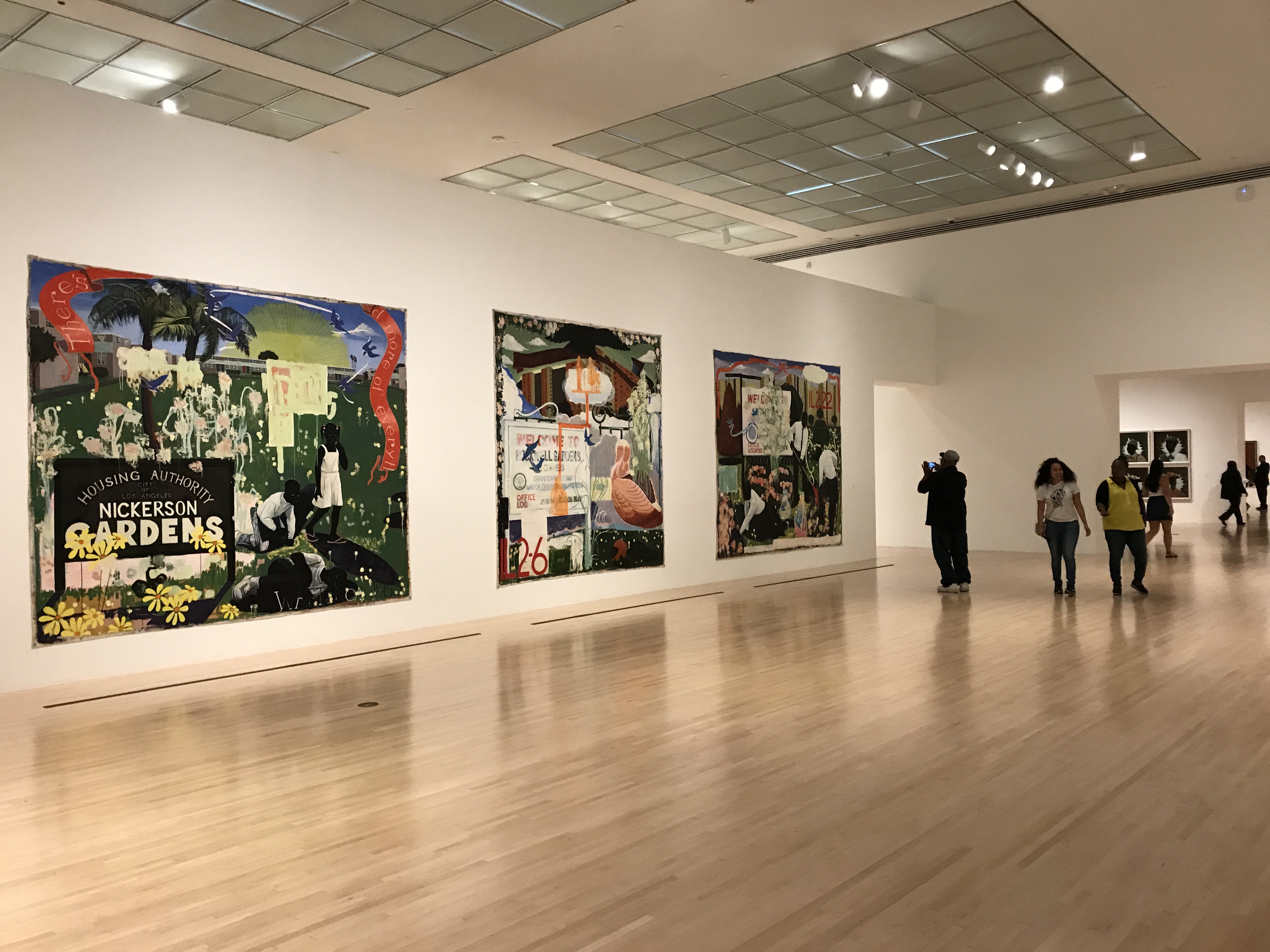 When the Art Market is desperately trying to find within the emerging artists the new Van Gogh, Gauguin, Manet, Cezanne, Picasso… Museums -MOCA Chicago, MET Breuer NY, and MOCA Los Angeles- finally demonstrate that the Western version of Manet was already alive and pretty well at work with a 35 year career.

Born in 1955, before the passage of the Civil Rights Act in Birmingham, Alabama, and witness to the Watts rebellion in 1965, Marshall has long been an inspired and imaginative chronicler of the African American experience.

Kerry James Marshall is known for his large-scale narrative history paintings featuring black figures—defiant assertions of blackness in a medium in which African Americans have long been invisible—and his exploration of art history covers a broad temporal swath stretching from the Renaissance to 20th-century American abstraction.

Marshall critically examines and reworks the Western canon through its most archetypal forms: the historical tableau, landscape and genre painting, and portraiture.
http://www.metmuseum.org/press/exhibitions/2016/kerry-james-marshall

The topic and imagery is outstanding: Marshall shows a large array of topics concerning the black culture, the black people.

It is like he was catching up with the lack, the vacuum, of black paintings in the whole art History. Each painting could fit at Le Louvre and the Musée d’Orsay and at the MET and at the National Portrait Gallery. All together they could make up for lost times.

Not only the topics are outstanding, the painting itself, the brush stroke on the paper and canvas, is a Maestria.

There is not a very deep perspective. The maestria of Marshall’s resides in the multiple layers from back to front. The back is generally very detailed, smoothly painted to set the decor.

Then comes the action with the characters and the elements of the narrative. They appear in purpose almost like a collage which gives an instant weird/white thought when looking at it that would be as weird as “do Blacks do that?”.

Then, like dancing on the canvas, come the words, whether it is from a popular song or thought.

And final touch, the loose paint which leads the whole scene to a level of Maestria. It appears to be the personal touch of the painter as a painter. It is a way to show what he could have done if he had not been black.

No doubt this is a major exhibition to not miss and the artist of course goes to our Ultimate section.
Beatrice Chassepot