‘Not from here”Manfred Muller and Shaun Mc Cracken

The gallery shows an excellent balance between the colorful work by McCracken elegantly displayed on smokey dark grey walls and the pureness of Müller’s white volumes.

Not From Here features new works by Manfred Müller and Shaun McCracken, two artists who originate from Europe and currently live and work in Los Angeles.

Born in Northern Ireland, McCracken left his home in the early 1980s to study Fine Art at St. Martins College and Goldsmith University in London. His arrival in London marked the start of a transformative period in his artistic development, opening up new horizons and possibilities.

From 1976 to 1981 Müller studied at the Kunstakademie Düsseldorf, bringing his background as a technical draftsman to his architectural sculptures. Müller, influenced by his professor Erwin Heerich’s minimalist architectural sculptures and Joseph Beuys’ revolutionary use of materials, merged his environment with his work, creating pieces that engaged their surroundings through construction and installation, with a deep understanding of space and tactility. 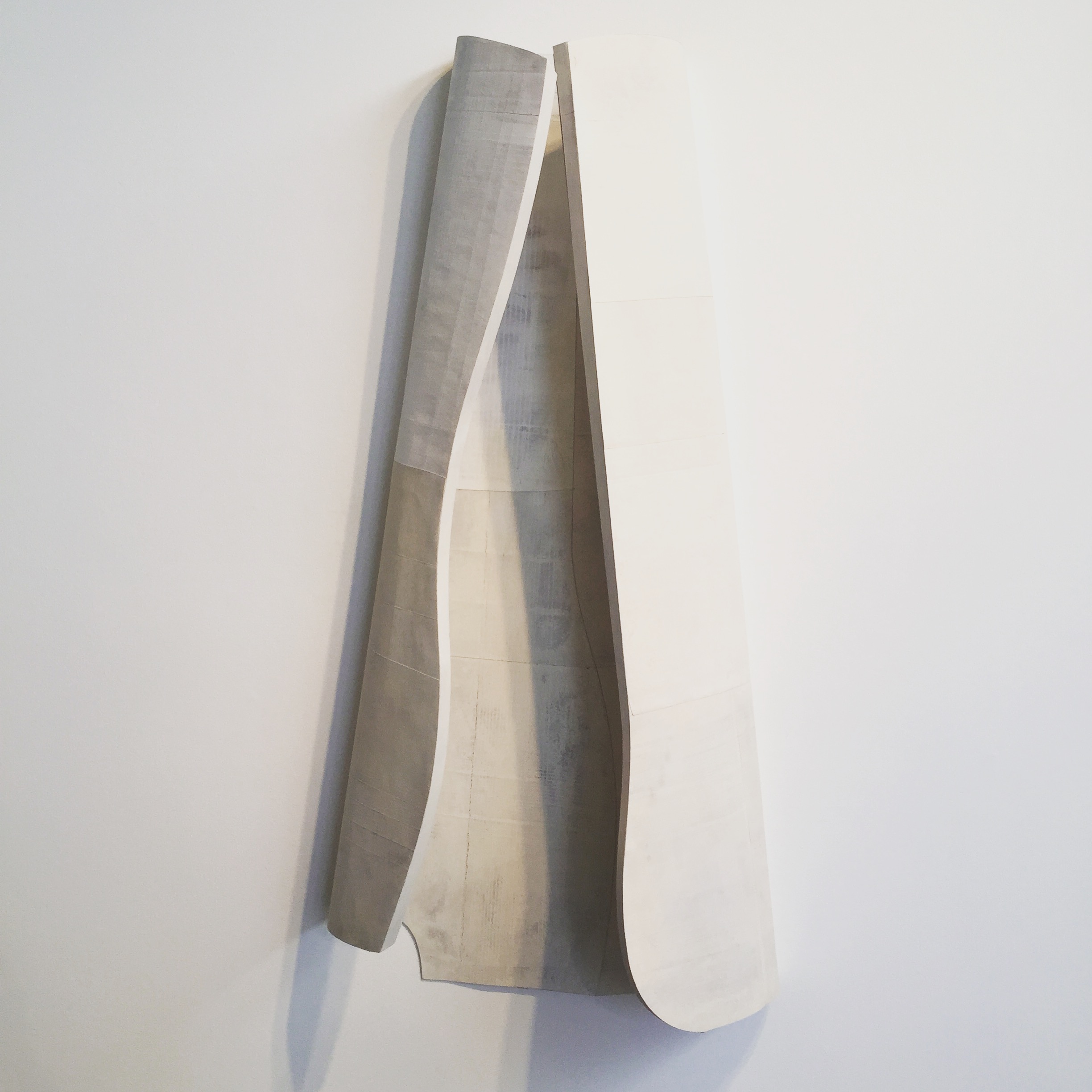 Manfred Müller shows probably one of his most achieved art with those powerful volumes displayed on tables and on the walls. The simplicity of the display, one piece at a time, no interaction, obliges to go straight to the meaning of the piece itself.

Despite the undeniable presence of Müller’s volume, the lecture requires time and attention if you don’t want to miss it. Their appearance is the one of a smooth bas-relief that would be in marble or plaster. In fact those volumes are made of a simple sheet of paper slightly tinted in white and curved slightly to make a nice volume. It looks like it’s heavy when it is extremely light which leads to another meaning that would attempt to demonstrate that strength can emerge from fragility…