Christian Limousin is a French Writer and Art Historian and friend with Alix Le Méléder. He summarizes below his thoughts about the French Artist.

… and here we are, painting offers itself, it’s very simple.”on the work of Alix Le Meleder 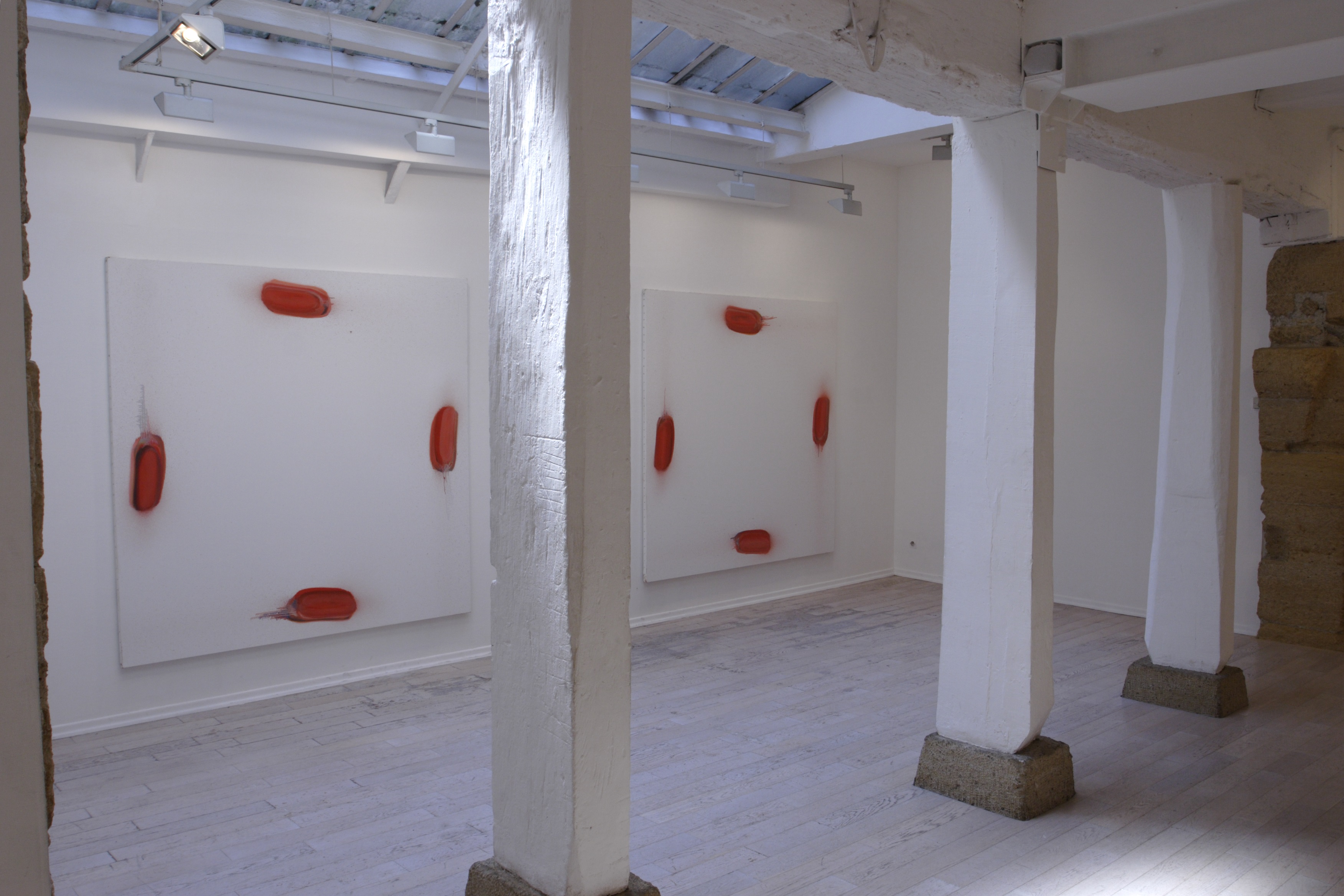 There is a fire in Alix Le Méléder’s studio just at the moment when she is becoming dissatisfied with her painting because it is too self-absorbed.

With her paintings destroyed, gone up in smoke, she begins again from scratch.

And things go rather well. Two enterprising and discriminating galleries show her work: the Jeanne Fournier gallery and that of Bernard and Gwénolée Zürcher. Well-known, influential critics such as Philippe Dagen, Yves Michaud and Pierre Wat, follow her work as it develops and write reviews. Writers like Marianne Alphand and Patrick Autréaux do likewise.

As she no longer finds painting rewarding, she decides to stop painting. “Painting has finished its work” (Pierre Wat). She gives up her studio in the rue du Château des Rentiers in the XIIIth arrondissement in Paris, where she had first “begun to come to life”, and transfers her canvases to Vézelay.

A little over a thousand paintings henceforth stand as a record of the pictural experiment she conducted during those Twenty years, and which bears no relation to the problematics of the “last painting” destined, in a Hegelian sense, to bring the history of art to its conclusion.

Tituli Editions publish the collective volume Alix Le Méléder:  Traces, painting,[1] edited by Jean Daniélou.  “I don’t know if I was a painter. Painting was more a means, a source of revelation, a medium that I used. I don’t know if I have ever been one” (p. 58).

This book[2] is first and foremost a summing up, which goes back over the whole of Alix Le Méléder’s career. But it seems difficult to speak of her work in the past tense, so present is this painting, present in its epiphanic appearance.

“I empty myself, I become a sort of receptacle, and only then do I make contact with the canvas, in that suspended moment when everything is in harmony, in correspondence and fused into one. As I have said, the paint covers the canvas with such self-evidence and there, painting offers itself, it’s very simple” (p. 67).

After the fire in her studio, Alix Le Méléder detached herself entirely from expression…

She felt an urgent need to gradually eliminate the instinctual, sign-oriented dimension to her approach. She then took color as a fresh starting-point, but color in its relation to awareness of time. The square form is rotated so that it is freed from direct frontal perception. With each rotation, the artist places a colored “mark” on the white canvas. Pierre Wat sees in this a veritable “Copernican revolution, in which the artist reinvented herself as she gradually produced painting that was unknown”. He goes on: “The picture turns, the artist stays in the same spot. It does not turn about her, but in front of her, while she does not move. It turns, she does not. As though it were the picture that was active, while the painter is the one who must paint, and is confined to a place and to the elementary act of laying on paint. Painting takes place, she is its tool […] The artist is no longer the center. She is literally off center.”

Le Méléder’s work has gradually been pared down. At first, Alix’s “marks” covered almost the entire canvas with a colored mesh that formed an overlay (the “Untitled” series); then gradually, they became less frequent and rarefied until only four remained, relegated to the four corners of the canvas (the so-called “Four” series). A centrifugal dynamic means that the center drives the color out to the periphery, so that the central white area then appears like “a void traversed by extreme tension” (Alix Le Médéler).

What words can express Alix’s painting? The “marks” she places on the canvas (which are like “a support that allows her to go beyond” according to her) are for Balaud and Daniélou, following Noam Chomsky, “trace-archives that are the trace of generative grammar functions”. For others, they are motifs, symbols, patches or imprints. In the four red “marks”, Patrick Autréaux sees stigmata that indicate torture or the ordeal of being drawn and quartered. Others see the passage of a comet with its luminous tail. As for the painting, it could be seen as a skin or a cross… Alix has repeatedly stated that she projects nothing onto her paintings. We in turn must refrain from seeing a metaphor. What Alix offers the eye is akin to the giddy spin of the unknown; if we appeal to words, it is as it were to reassure ourselves by reducing that experience to something known, even “poetic”.

But everyone agrees that these “marks” that are placed in that way, this way of rejecting matter in order to reach the void is based on an ecstatic experience which is both mental and physical. This experience, which consists of a detachment, a stripping bare, a with-drawing, a let-go, a concentration and an exhaustion of thought, is not a quest for wisdom, or for greater serenity. What matters to Alix is simply to be absolutely present and totally self-effacing. This paradox leads somewhere beyond will, to the neutral, the impersonal. It plunges into “non-knowledge”. Patrick Autréaux has a very nice expression: “Perhaps we should look at Alix Le Méléder’s work as if it were the state of a body that attains consciousness and in that state fulfills the knowledge that knows nothing”. Her painting has developed in accordance with the experience (which must be called “mystical”) of “I is” and of “living [one’s] death to the full”.

Alix Le Méléder did not want this book to be a monolith or a “grave”, but a sheaf of plural echoes about her highly original work. In the two interviews that she includes, her great lucidity and profound humility are entirely present. Now we look forward to hearing further about her experiment, which can only continue. It is no longer pictural; but what other way, what other voice will she adopt?

[1] On Saturday 10 September 2016, the “Christian and Yvonne Zervos Foundation” association presented the book at La Goulotte (Vézelay), along with an exhibition of selected works by Alix (September 10, 11, 16, 17 and 18).