French artist Claude Viallat, leader of Supports/Surfaces movement has acquired over the years an international reputation.

For more than Fifty years he develops the same concept, “cracking” the code of colors, and step by step Art collectors as well as Art critics understand what he’s doing. 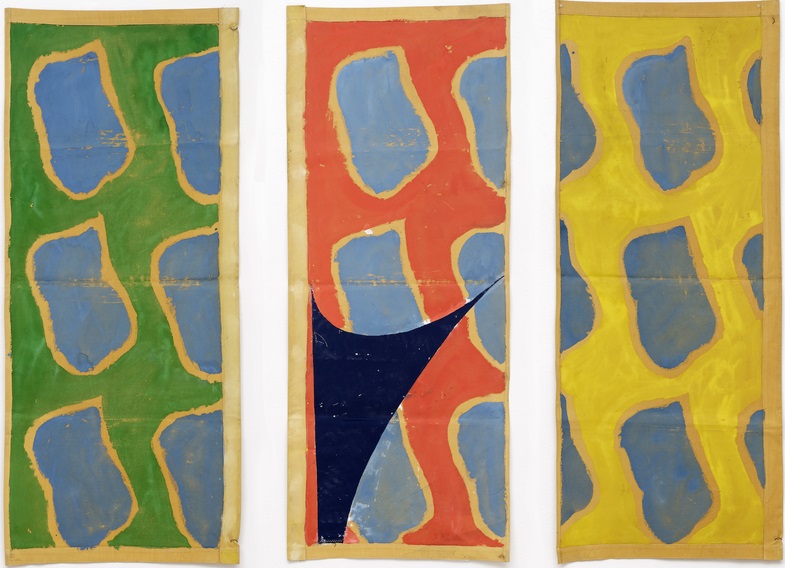 ART IN AMERICA: The first review about Claude Viallat in the Press from the US was in 2014: “Claude Viallat, Montpellier, at Musée Fabre” by Michael Duncan – Dec 1st, 2014

‘Of the artists who have questioned traditional forms of painting over the past century, Claude Viallat is one of the most radical. (…)

What to see in New York art galleries this week

“The twenty paintings on fabrics here painting by Claude Viallat, rigorously composed yet teeming with chromatic invention, may add up to the most significant postwar art history lesson in town this summer(….)”

‘Unlimited: Painting in France in the 1960s & 1970s’ Review: Political Theory in Artistic Practice’
At a time of cultural tumult, painting was reconceived as a candidate for left-wing reinvigoration.

There’s an old joke about teams of engineers from Germany, Britain and France testing an irrigation system they’ve installed in a developing country. First, the Germans check the switches and gauges and pronounce them fine. Next, the British turn on the power and give a thumbs-up to the way the water flows through the pipes. Last comes the head of the French team, who steps forward and says, “Ah, but does it work in theory?” 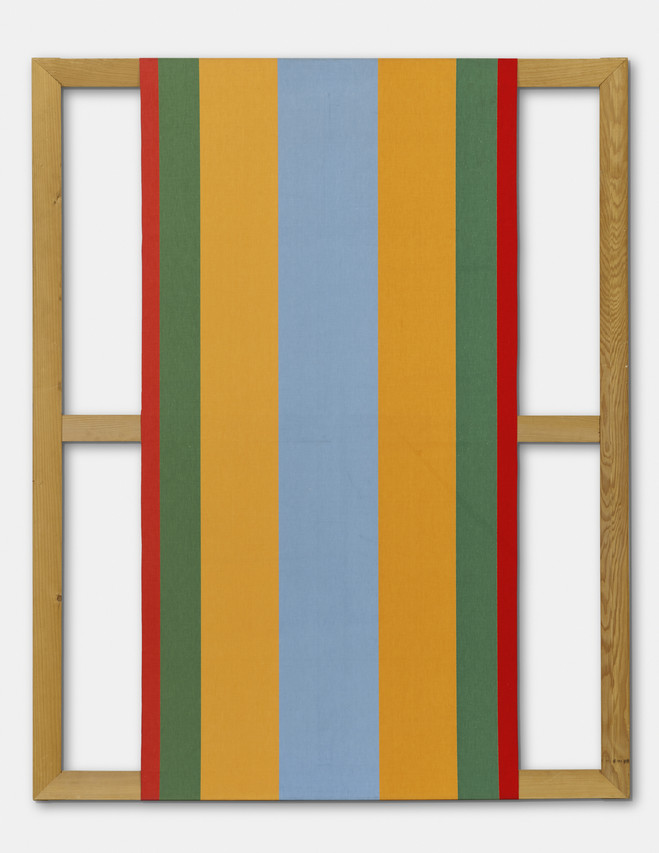 Installed in two off-the-beaten-path galleries in the enormous Philadelphia Museum of Art, “Unlimited: Painting in France in the 1960s & 1970s,” a cheerfully austere little exhibition of what might be called French “painting-based” abstract art, demonstrates the Gallic predilection for theory. In the exhibition, theory precedes the work that follows, albeit with a connection as tenuous as the one with the waterworks.

In the 1960s—culminating in 1968’s violent “days of May”—the youthful French art world got drunk on ideas garnered from Roland Barthes, Jacques Derrida, Jacques Lacan and Louis Althusser, along with quotations from Chairman Mao. They aimed to dismantle and deconstruct practically everything in the name of revolution. Oddly, the fine art of painting wasn’t cast aside wholesale as a retrograde individualist, beauty-fetishizing and money-entwined bourgeois indulgence. Instead, it was reconceived as a candidate for left-wing reinvigoration.

Painters, the thinking went, are manual laborers working alone in bare-bones studios; they’re not part of teams of greedy capitalists in Pierre Cardin suits crunching numbers in leather-appointed offices. If they’d just forego traditional oil paints, linen canvas, and the inviolable flat rectangle, it was surmised, they might have a shot at being, as the tract of one politically inclined cohort, Supports/Surfaces, put it, “a coherent group linked to the national and international people’s struggle.”

Theory in place, artists with such a political outlook could go about reconstituting painting, using such materials as dish towels, shop awnings, printed fabrics, wooden slats and rope. In “Unlimited,” the painters (listed here democratically in alphabetical order) are Daniel Buren, André Cadere, Daniel Dezeuze, Noël Dolla, Jean-Michel Sanejouand and Claude Viallat. Despite the difficult attempt, as one of the show’s labels says, to “demystify painting,” the result is an attractive exhibition that, were it to appear in a serious gallery today, would look utterly hip.

For instance, there’s Mr. Sanejouand’s “Toile de bâche à rayures et châssis bois” (1964), a clean brown stretcher frame covered only down the middle, with about an empty foot on either side, with awning fabric that’s striped in red, dark green, golden yellow and sky blue. The piece is simply, albeit wittily, beautiful.

Mr. Dezeuze’s “Flexible Wood Ladder” (1974) is a vertical grid of thin wooden strips hanging from high up on the wall down to the concrete floor, where it rolls in on itself. It’s as formally graceful as almost anything the great American sculptor Martin Puryear has produced. And “Square Wooden Bar” (1970) by Cadere, a nominal painting compressed as if by a compacting machine into a tall wooden pole—black but punctuated with glowing cross-stripes of bright color—was carried by the artist in a kind of performance piece into galleries and exhibitions. Merely leaning against a white museum wall almost 50 years after it was made, the work is as elegant as modern art gets.

It’s hard to conceive, though, of a clutch of avant-garde artists whose work has an aesthetic component of any size ever being productively linked to a “national and international people’s struggle”; the Russian Constructivists learned that the hard way under Stalin. But that doesn’t mean the painters in “Unlimited” were insincere in their political hopes for art. The heat of temporary circumstances, such as the tumult in France in the 1960s, cools down over time, and the art created in that moment ends up re-emerging as simply art.

All of the artists in “Unlimited” save for Cadere, who died in his 40s, are still with us, but only Buren became an international art star. The museum should be commended for mounting this modest exhibition of an under-known tributary of modern art. Not many people, I’d guess, will view it. (It’s as hard to find on the PMA’s website as it is in its floorplan.) Those who do see “Unlimited” will get a little jolt, however unintentional, of artistic joie de vivre.

—Mr. Plagens is an artist and writer in New York.